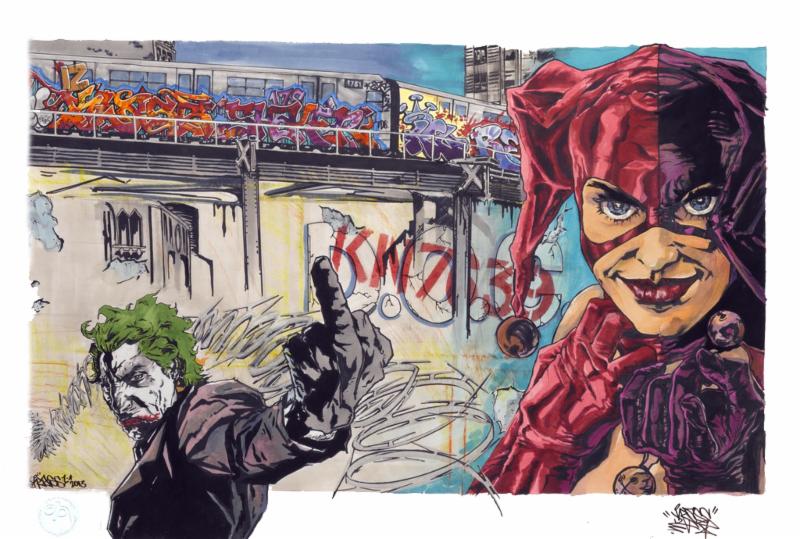 KLASS RTW”FUK THE D.O.C” NEW PRINT Archival pigment print, measures 23″ x 17″ on 300gms Moab Entrada. with one deckled edge. From an edition of ONLY 20, hand signed and numbered by KLASS.
Printed after a piece from the “Drawings from Inside” series. These drawings were done “inside”while recently incarcerated for growing medicinal marijuana under some Draconian laws Drawing while stuck in a 6′ x 8′ cell sometimes 23 hrs a day The materials for the original used all contraband, and were extremely hard to come by. KLASS had to creatively obtain ( beg, borrow, steal, & trade for). Graphite, bic pen, colored pencils, marker, sometimes colors were made by wetting M&M’s and Kool Aid but they unfortunately don”t last very long. 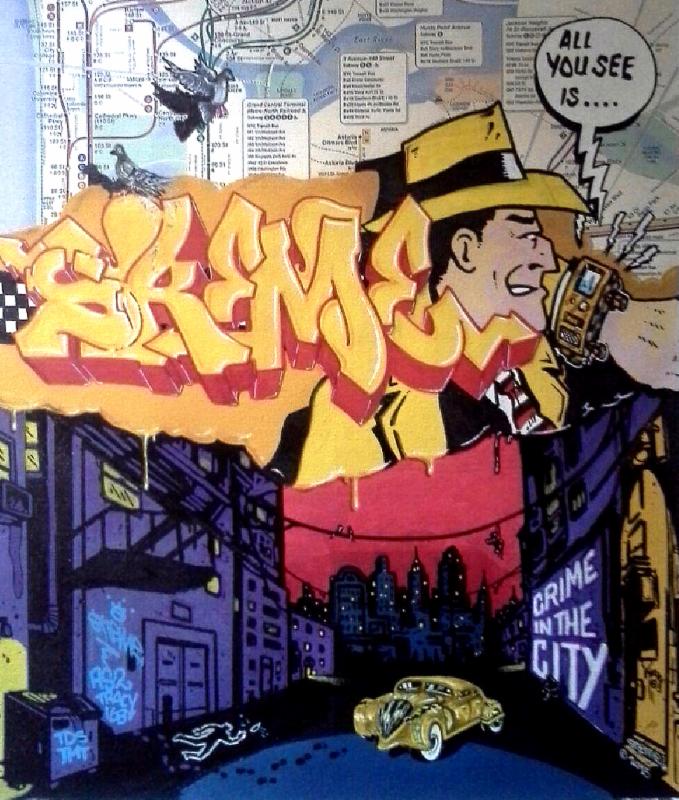 UP NEXT SKEME
KING OF THE YAKKITY YAK YARDJoin us March 1st though April 1st, as SKEME graces the cyber walls here at DirtyPilot with new works on canvas, maps, decks and paper. Skeme, along with his mother, was featured in the pioneering documentary, Style Wars, produced by Henry Chalfant and Tony Silvers. This one is not to be missed. 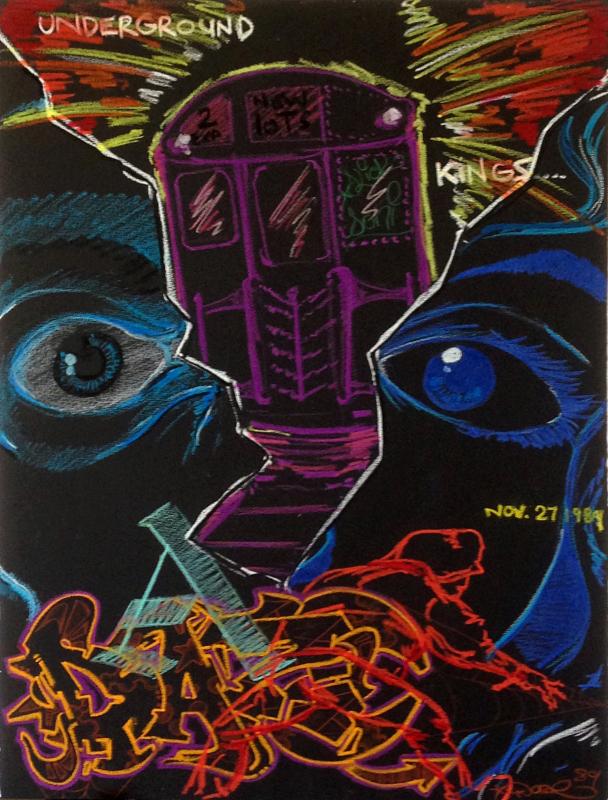 DAZE EARLY WORKS 1989 Set the way back machine for 1989. We just acquired a handful of DAZE masterpieces. Accomplished using pastels on black paper, these gems are signed and dated by DAZE from the golden era of the 1980’s.His work can be found in the permanent collections of such museums as The Museum of Modern Art in New York, The Brooklyn Museum, The Museum of the City of New York, The Groninger Museum in the Netherlands and The Ludwig Museum in Aachen, Germany.
Don’t miss this tremendous opportunity to own a piece of graffiti history